"War. What is it good for?" sings Boris secretly ecstatic by the distraction 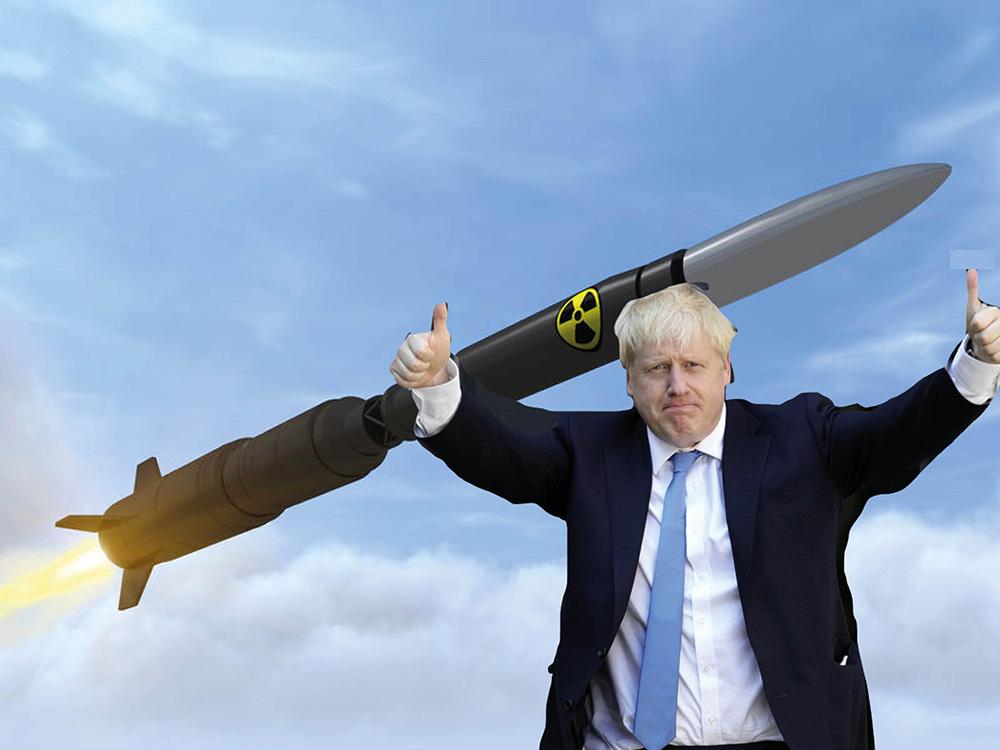 “War! What is it good it for?” sings Boris Johnson this morning as he smiles to himself at Russia providing the biggest distraction yet to his political woes.

“Absolutely nothing! But please say it again!” croons the UK Prime Minister, who has a spring in his step as he approaches yet another COBRA meeting.

As he enters the room filled to the brim with generals, admirals, and the heads of MI6 and MI5, plus a work experience boy, who is feeling a bit out of his depth, he repeats the line ‘Say it Again!”

The gathered military brass look confused for a second before remembering who they are dealing with.

“Right men,” bellows Boris, conveniently forgetting the women in the room, “Make this quick as I have a splitting hangover after a massive Downing Street rager last night. You should have been there. That legend Gove off his tits on Molly was dancing so hard he fell off the table again. Such japes.

“I reckon we threaten sanctions again. That always works. And if The Russians cut us off from the gas pipelines like they’re bound to, we can just tell the British public to get rid of their Netflix account and not go to Starbucks as the energy prices go up by another 300%.

“If we can drag the sanctions bit out for a couple of months that’ll be great as by then the entire electorate should have forgotten that I was hosting ABBA costume parties and being pissed as a fart during a time when everyone else was locked down to buggery.

“So get to it chaps. Russia aren’t going to get themselves out of Ukraine by themselves. And I’ve got some drinkie-poops lined up for me and Raab in five minutes and if I don’t get their quick he’ll be three sambuccas ahead of me!”

With that, Boris leaves the room and all the military brass can hear is the UK Prime Minister singing again as he walks down the corridor.

“War. What is it good for? Absolutely EVERYTHING!”