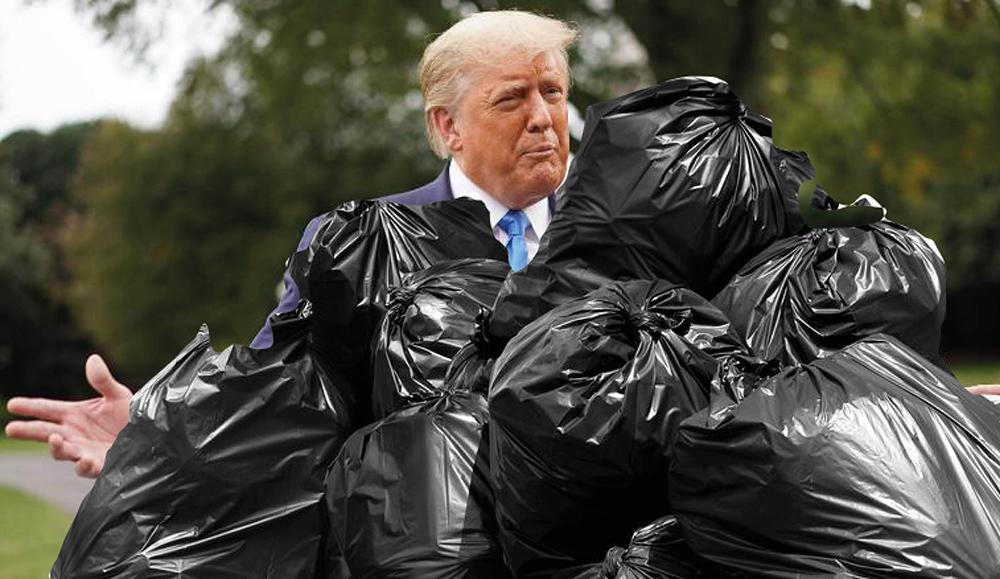 The US of A was finally seen taking its trash out much to the pleasure of its neighbours.

The trash had become a bit of a problem for the neighbours especially after it had started to emit noxious fumes and had attracted vermin.

One neighbour Canada said: “We can’t describe how relieved we are. The trash had got really fetid and had been there for about four years.

“It had got to the point where we just never popped around anymore as we just couldn’t stand it. Finally, after years, the US of A had told us that it was thinking about taking the trash out a few days ago but it still took a few days for it to finally make up its mind. It’s done now though.

“The only problem now is that the trash won’t get picked up for the next few weeks so it’s still kind of there. It’ll be a good day when it finally gets taken to the dump.”

Another neighbour Mexico had been in a boundary dispute with the US of A for the past few years with the latter ending up half building a wall to try and keep the neighbour out.

Mexico said: “Talk about a nuisance neighbour. By the end of it, we were quite pleased that the wall had been half built as at least it offered us some protection from the noxious trash. It was starting to spread disease. Absolutely disgusting.

“Let’s hope now that the trash has finally been put out we can all get along a bit better as a neighbourhood.”