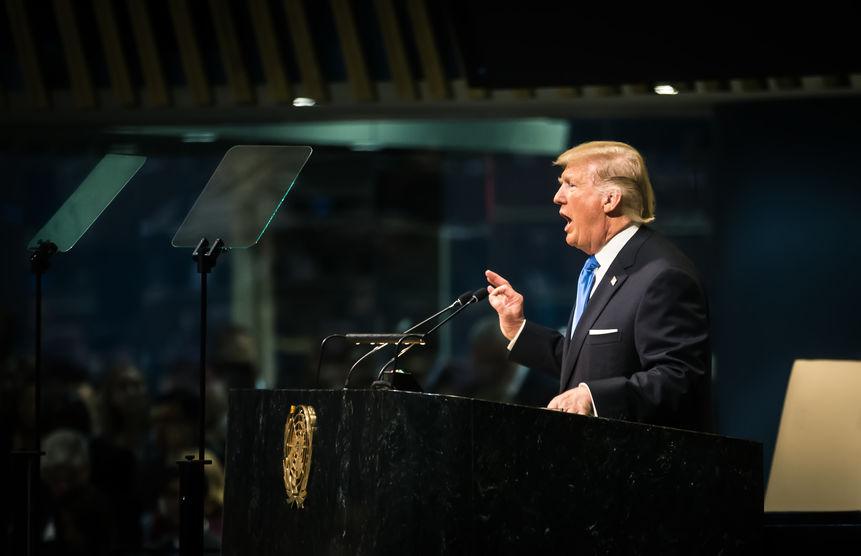 A bid by Donald Trump to be admitted to the Pantheon of Demons has been rejected by Satan.

The Prince of Darkness wrote to the former US President: “Many thanks for your interest in joining the foul ranks of the Unholy Unclean and the Vile Custodians of the Utterly Forsaken.

“Unfortunately we are unable to progress your application further at this time, but may I take this opportunity to thank you for your interest in a career with the Brimstone-Scourged Aristocracy of Gehenna and wish you all the best in your future endeavours.”

An outraged Mr Trump has threatened to have his best lawyers sue the Devil and his chief Dukes of the Fiery Pit, but an unrepentant Goat of Mendes insisted that Mr Trump didn’t have a leg to stand on.

He added: “Our rules clearly state that the Pantheon of Demons is reserved exclusively for the most supremely evil supernatural entities, yet we can find no evidence in Mr Trump’s CV to suggest he is in any way supernatural.

“There is plenty of evidence that he is evil, of course, but if we allowed mortals to register as demons simply on the basis of being evil we’d be overrun with mediocrities. Can you imagine what would happen if I allowed people to be ‘demonically’ possessed by, say a door-to-door vacuum cleaner salesman or somebody who replaces the toilet roll with the free end facing away from the user and touching the bog wall so you have to scrabble for it? Hell would become a complete laughing stock.”

Satan added: “My hands are tied. Mr Trump has undoubtedly done some very evil things, but so have a lot of humans down the aeons, and in any case, Mr Trump wouldn’t have managed even a tiny fraction of his own evil deeds had he not been born into a position of wealth and influence beyond the wildest dreams of the vast majority of ordinary people.

“Take away the rich daddy and he’d be just another horrible little man sitting alone at the end of a bar somewhere, talking nasty, mean-spirited shit nobody could be bothered listening to and desperately trying to make enough noise to drown out the unending howl of the miserable void at the core of his soul.

“Still, we can at least promise him some sort of accommodation down here - but if he thinks he’s getting a penthouse suite and the key to the executive lavatory he’s in for a severe disappointment.”