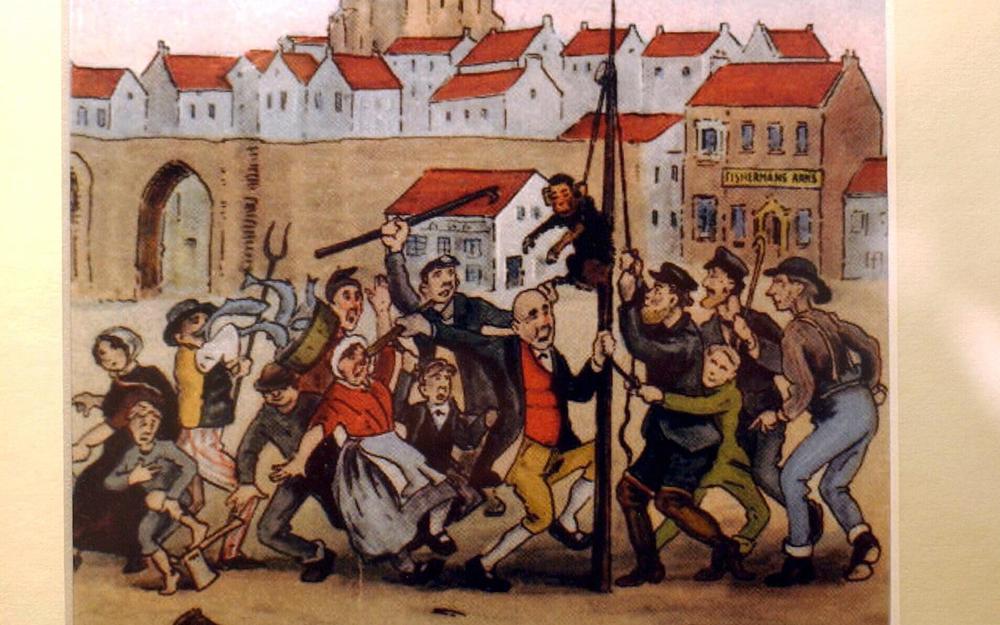 The voters of Hartlepool have decided that all the recent Conservative party sleaze and snobbery, contracts-for-mates scandals, litany of lies, double-standards and outright law-breaking, is absolutely brilliant and if anything, they want more of it.

Hartlepool, the town famous for once hanging a shipwrecked monkey during the Napoleonic wars that they concluded must be a French spy, has decided that it’s about time to make amends for murdering that traitorous, knuckle-dragging, self-serving primate by voting for a party led by one.

Polls show that the long-held Labour seat of Hartlepool is about to switch to the Conservatives in tomorrow’s by-election for the first time in over a zillion years.

One former Labour voter, John J. Simpleton, explained: “People think we’re idiots in Hartlepool, but we’re not. We know the Conservative party is currently led by a blatantly corrupt, two-timing, scruffy-haired, promiscuous and untrustworthy simian born of the landed gentry who represents everything we used to hate, but in our defence – his opposite number Keir Starmer is a bit boring.

“Sure, he’s straight laced and doesn’t go around breaking the law – but where are the xenophobic jokes? The shockingly insensitive remarks about bodies piling up in the streets? The jibes at letterbox faces, bum boys, and the watermelon-smiles of Johnny Foreigner?

“It’s for this reason we are finally switching party allegiances. We can handle all the bribes, scandal, deaths, corruptions, broken promises, homophobia and betrayals -  so long as Boris says something funny every now and then. I mean, we are after all, clearly a town with a sick sense of humour.

“Now if you’ll excuse me I have to go attend the waterboarding of a Mallard we captured this morning.”