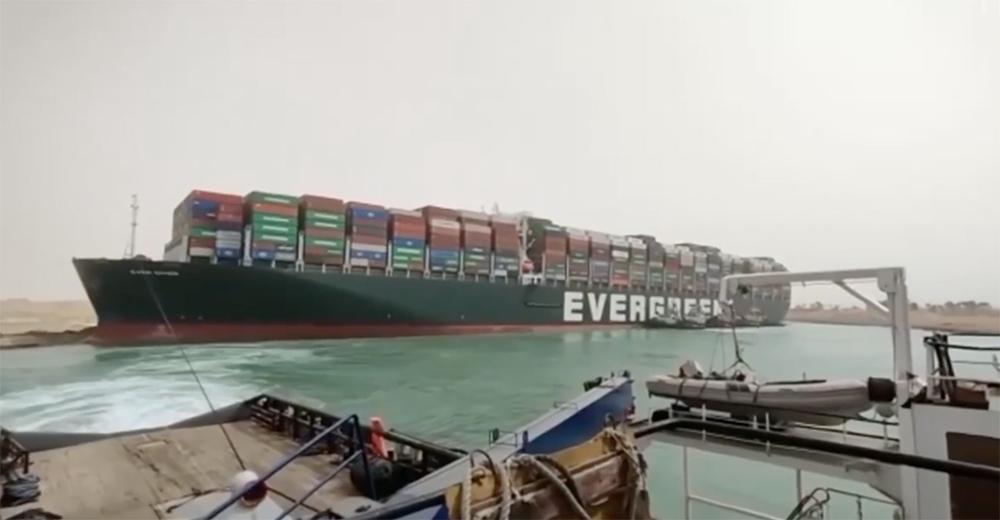 Staff working the World’s Busiest Shipping canal suggested to the man behind the world’s worst 3-point turn that he may as well book himself and his crew in for Christmas dinner now, knowing they can always cancel later.

One worker said: “We figured -  this boat’s longer than the canal is wide, so let’s be honest-  it ain’t going anywhere. Of course, we’ll carry on pretending to the rest of the world we’re gonna fix this, or dig it out or whatever, but you’ve seen our entire fleet of one single digger in action already and, well, you see how that’s going.

“So we thought,  we may as well see if we can get some early bookings in now for Christmas dinner this year. It’s a little tradition we have here for anyone that overstays their welcome in the canal – and its doubly sarcastic of course, because this is a majority Muslim country so it’s barely festive food at all in the traditional Christian sense. They’ll get some great falafel and foules medames though – and let’s be honest – that’d beat the pants off your nan’s dry turkey and boiled carrot nonsense anyway.”

It was unknown if the captain of the Evergreen has accepted the offer, but there have been reports of various Amazon delivery trucks arriving to drop off games machines, barbecues and deck chairs for the bored crew, so it’s fully suspected they’re in for the long haul.

A member of the Evergreen crew, who did not wish to be named, told the News Elephant: “Who the hell are you? And how did you get on this ship?”