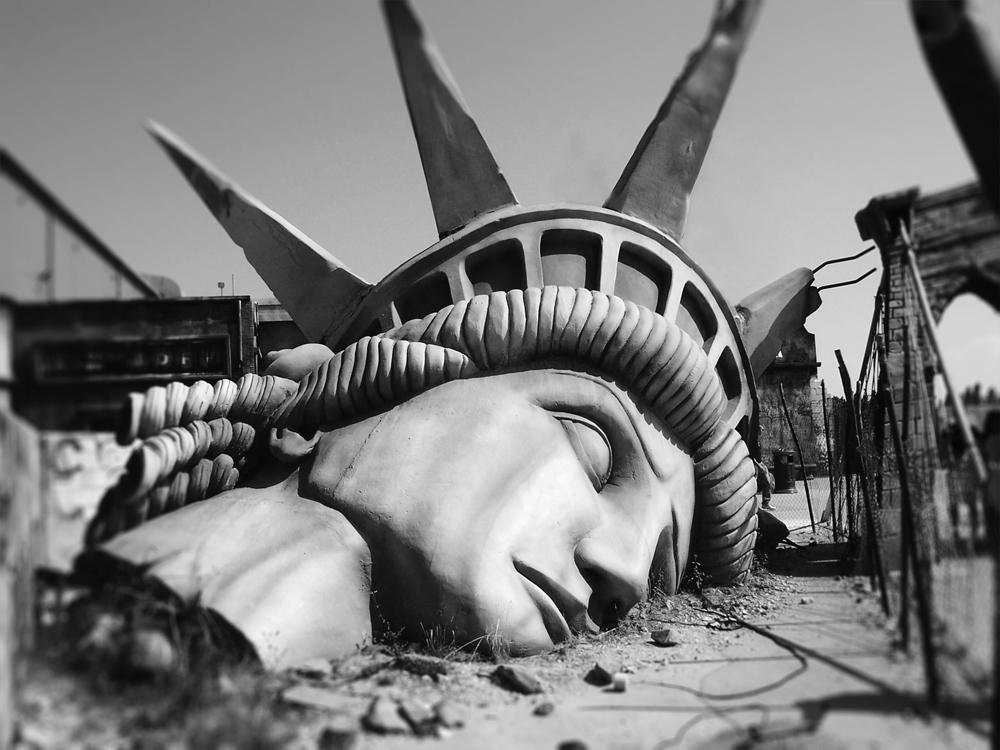 An enormous statue of an inbred racist meth-head is being commissioned to replace the Statue of Liberty.

The placing of the 22-toed Statue of Cletus, as it will be known, represents the last executive order of President Donald Trump before he hands over power in less than a fortnight’s time.

The statue will be modelled on a composite of the Trump supporters who overran the Capitol Building.

Its final form has yet to be decided, but possible options include a bearded man in a MAGA baseball cap, waving a Confederate flag with one hand and obsessively scratching a large scab on his neck with the other as he suffers the symptoms of crystal meth withdrawal.

Another possibility is that the statue will be bare-chested so as to display a prominent swastika tattoo over his heart.

A spokesperson for Mr Trump said: “The current statue, while sufficiently beautiful for the President to grab by the pussy were he tall enough, simply doesn’t represent the America he created and which is approved of by nearly 75 million of its citizens.

“When France gifted the statue to the United States all those years ago, it did so in admiration of America’s commitment to freedom and equality, and for generations the statue was among the first things immigrants saw as they prepared to begin their new lives.

“However, as the President’s wonderful supporters showed in their magnificent and courageous actions in storming the Capitol Building the other day, tens of millions of Americans now believe democracy, freedom and the rule of law are overrated.

“It is not just his avowed supporters who feel that way, of course. Why do you think the Capitol Police allowed it all to happen in spite of the fact that peaceful BLM protesters were greeted by a solid wall of high-calibre firearms?”