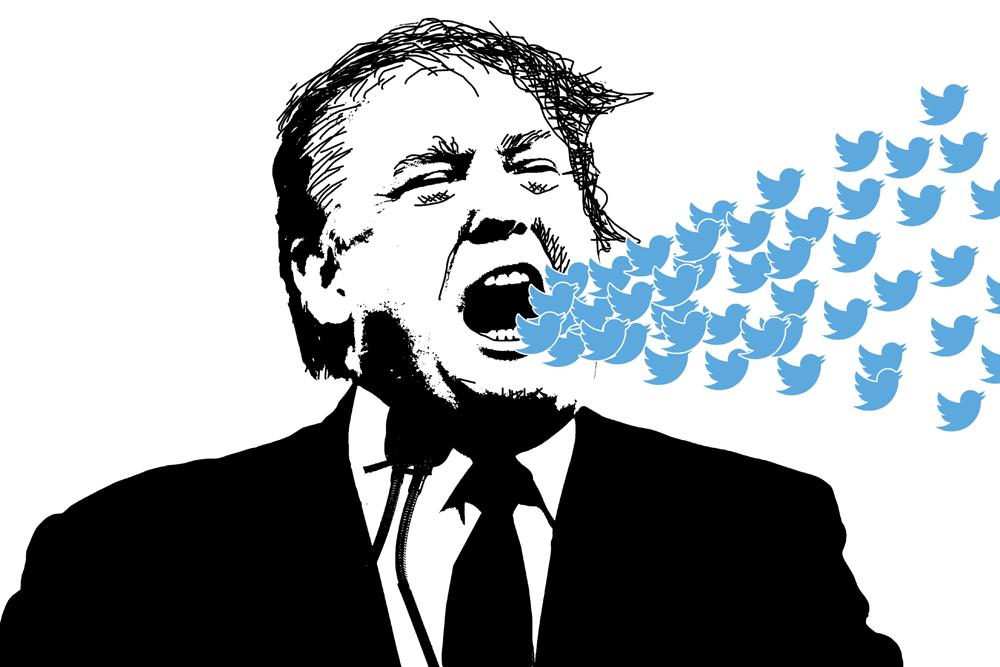 The biggest names in the social media world have congratulated themselves and each other on stopping the dangerous hate speech from President Trump once and for all.

Following the removal of some of the President’s Tweets and the temporary suspension of his Facebook presence after he incited a mob of treasonous thugs to assault the Capitol, these and other social media giants issued a joint statement.

They said: “We have decided that enough is enough. Users of our sites can rest assured that for the remaining 14 days or so of Mr Trump’s presidency, he will no longer be permitted to indulge in hate speech, lies or incitement to commit criminal offences.

“The people of the world have been enduring these outrages via social media throughout the almost four years of Mr Trump’s presidency and, indeed, for several years beforehand, such as when he used social media to make highly inflammatory racist demands that President Obama produce his birth certificate and prove he was an American-born citizen.

“Nor have we in the social media world escaped Mr Trump’s outrageous behaviour. This has included his repeated threats that if we dared try to silence him, he would respond with legislation making us legally responsible for content posted by third parties, thereby endangering free speech and costing us lots and lots of lovely, lovely money.

“With only two weeks to go, Mr Trump is now in no position to make good on those threats, but that, of course, had no bearing on our decision to crack down on him, which was motivated entirely by our commitment to kindness and decency.

“It is our profound hope that President Biden will be so impressed by our commitment that he abandons any thoughts of making us spend any more lovely, lovely money on ridding our sites of the racists, homophobes, misogynists, anti-semites, conspiracy theorists and other living garbage who infest the hidden backwaters of our channels like corpse flies in a noisome plague pit.”