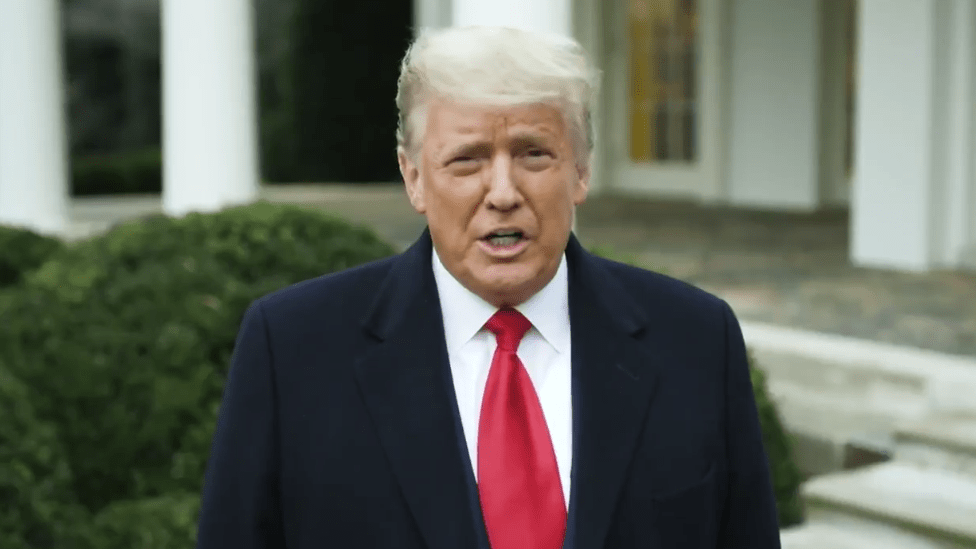 US President Donald Julie Trump, who recently broke electoral records by losing the same election 18 times over, each time by an increasing margin, wrote a series of Tweets last night condemning the actions of a gang of brainwashed terrorists doing exactly what he instructed them to do.

The terrorists, draped in confederate flags, army surplus dungarees and magical red baseball caps that whisper bad thoughts into their head each night, descended on the steps of Capitol Hill in Washington DC to disrupt the peaceful and democratic transfer of power from the current president to the next, because the current president literally told them to do it.

However, despite spending the best part of four years stoking the politics of division, tear-gassing protestors, inciting racial hatred at home and abroad and having spent the interim months since last year’s election openly wallowing in a self-indulgent pity party that has now whipped up his fawning acolytes into a frenzied paranoia not seen since the McCarthy era, it turned out that Trump didn’t mean any of this to happen at all, and somewhere between the storming of the Capitol and someone being shot, Trump decided it might be useful to Tweet a half-hearted, limp apology he could later point to in court.

Mr Trump wrote: “Protestors. We love you. Seriously. You’re the greatest! You’re defending America. Storming the Capitol to fight the election that was STOLEN from us. We are PROUD and we all SALUTE YOU!”

Moments later, following rumours it was pointed out to Mr Trump that this wasn’t a condemnation at all, he meekly added the following:

“Oh, but now, Go home. If you can. Please be a PUSSY and allow them to STEAL our LANDSLIDE VICTORY!! that was STOLED by JOE BIDEN and the YUKRAYNIANS!”

Despite this devastating slap on the wrist, the violence and protests continued in Washington, and the President was forced to feign surprise whilst simultaneously encouraging them to carry on long past his bedtime.