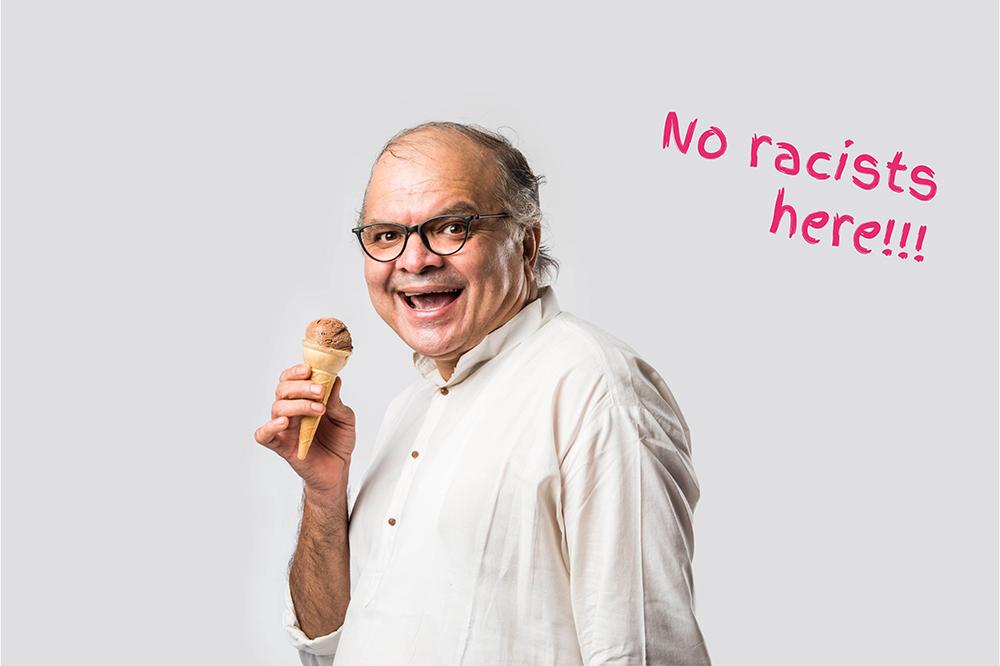 “I must have been mistaken for the past 30 years,” says Asim Chowdbury, a 69-year-old shopkeeper from Oldham as he just finishes washing off the latest spate of graffiti on his shop telling him and his family to ‘go home’.

This comes after a report, from the Commission on Race and Ethnic Disparities, released by The Government has stated that the system is no longer rigged against ethnic minorities and that they are treated well in British society.

“Phew! I must have been wrong,” says Asim. “The amount of graffiti and the people shouting at me as I walk down the street must just be the white British way of being friendly!

“The message to ‘Go Home’ that is constantly daubed on my shop front, must be their way of telling me that I work too many hours and they actually want me to go home and put my feet up in front of The Voice. The shouts I get on the street from white people must just be their way of saying ‘hello!’

“What a nice welcoming country this is, come to think of it!

“And the fact that my son Anwar keeps getting passed over for job interviews when less qualified white people with more British sounding surnames are able to jump ahead of him, must just be their way of saying to Anwar to hold out for a really, really good job at some point. It’s nice to know that they’ve always had our best intentions at heart.”

For Birmingham 26-year-old Roland Tetbury, whose family moved to England from Jamaica as part of the Windrush generation before he was born, it’s really good news that there’s no more racism in the UK.

He said: “Reading the report it proves that there are many other factors behind the reasons I could never expect to get a well paid job in this country that have nothing to do with race. That’s good then.

“It just goes to show that all those people who hold their belongings tight to their body or pull in their children closer when I walk past, aren’t doing it because of racism but because they must know about all of the other factors like my famly influence, my socioeconomic background and maybe my religion and it has nothing to do with the colour of my skin.

“And the countless times that I’ve been stopped and searched by the police when just trying to walk down the street, must be the police’s way of keeping me safe as in that split second they’ve been able to ascertain my socioeconomic background and it’s nothing to do with my race.

“All of those white people who ask me where I’m really from despite me repeatedly saying I come from Birmingham and am English, must just be ancestry enthusiasts and have watched too much ‘Who Do You Think You Are’.

“Well, at least it wasn’t racism all that time.”

Satirical website unsure what to do on April Fool’s Day, disappears in puff of logic