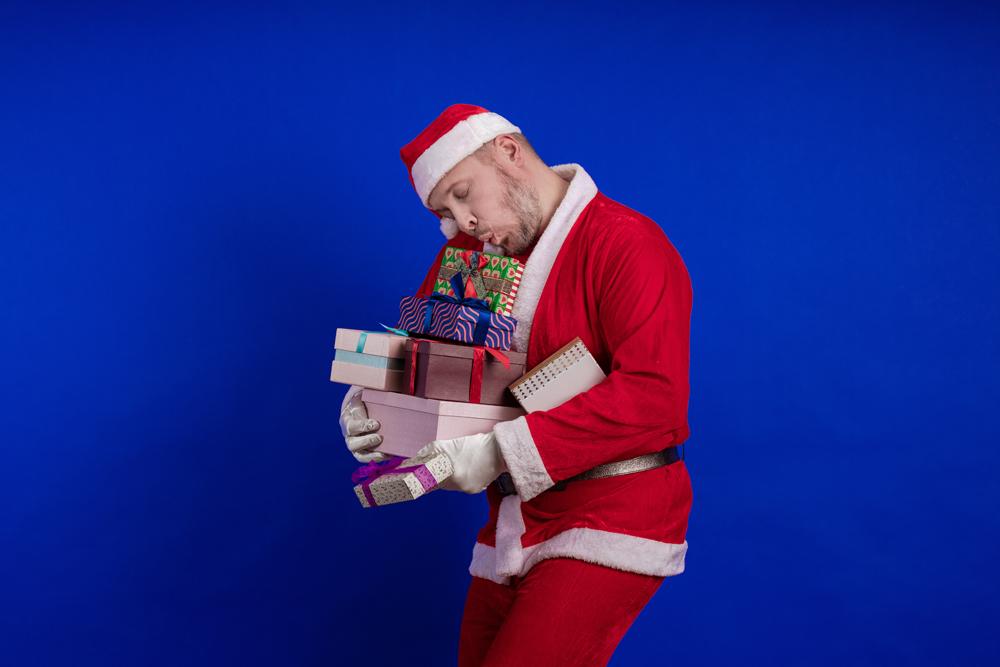 The ghastly, cynical and exploitative mawkishness of the adverts strikes a profound chord with people whose minds and emotions have all the depth and worth of a small discus of frozen vomit on a frosty Saturday morning pavement.

A typical online commentator is 53-year-old Barrie Div from Cheshire, who has a laminated sign on his bathroom door reminding him to remove his lower garments prior to defecating.

The grinning idiot said: “I’m so tragically witless that I look forward to the Christmas adverts from John Lewis, Asda, Morrisons, Aldi and the rest all year round.

“My fellow consummate dullards and I have been discussing the latest John Lewis Christmas commercial online for days. Some say the company was right to adopt a cheery, simple, upbeat and low-budget approach in the midst of our second national lockdown, while others say John Lewis should have gone for one of its usual extravaganzas.

“Somebody on my Twitter feed said John Lewis should have made an advert about a shop worker kicked onto the dole queue in the middle of a pandemic by their hugely wealthy employer, but I think they were just trolling.”

He said: “It’s really nice of these massive and enormously rich organisations to tug on our heartstrings every festive season.

“When we see one of the commercials and perhaps shed a meaningless tear of vapid, soulless sentiment, it gives us the sense that if we hand over all our money to the companies in exchange for shiny trinkets which will never make us happy, we are somehow getting into the true spirit of Christmas.

“The only thing I don’t like about Christmas shopping is having to go past all those depressing empty shop fronts where independent businesses used to be while I’m on my way to the superstores.”

Man told to get a grip after marrying own hand