‘One has had enough,’ says Queen after setting corgis on litter lout 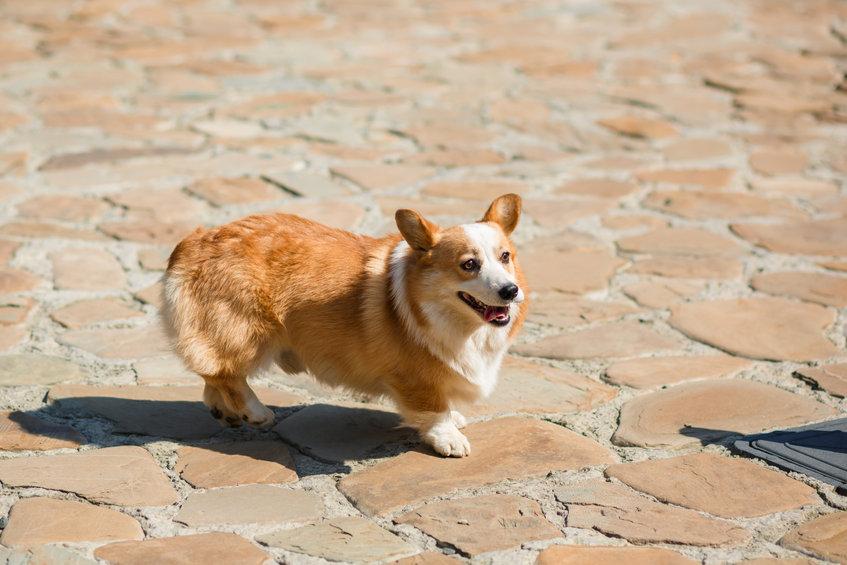 The monarch set two of her beloved corgis on a passer-by of Buckingham Palace when he threw a drinks can on the ground.

Her doggy defenders Muick and Candy were reported to have chased the young teen at least 20 metres before two of the Queen’s Foot Guards had to wrestle them back inside the building.

This incident followed earlier news of the Queen appearing to suggest that she is irritated by people who “talk” but “don’t do”, regarding next month’s UN COP26 climate conference that will be held in Glasgow.

A royal aide told her account of what happened. She said: “It all happened so unexpectedly. I was just helping her Majesty sort some paperwork in her office when she leapt up like a woman possessed.

“She had been sat looking out of the window in the corner of the room and then with corgis in toe, ran out of the office shouting ‘Not on my watch!’ After she had the doors opened and sent her dogs out to give chase, she explained to me that she felt compelled to act, after seeing a youth showing disregard for the climate emergency.

“I suppose after this, no one can accuse the Queen of talking but not doing.”

Jack Schitt, the 17-year-old in question, insists the incident had all been one big misunderstanding, and that he did not knowingly or purposefully drop the can on the ground.

He said: “I didn’t mean to drop the bloody can! I was walking round London doing an Instagram live story and taking in all the sights and that. I was enjoying a can of Monster as I had been sponsored by them for the video.

“When I finished, I was reaching round to put my can in the part of my backpack that was unzipped a little bit. It must’ve missed and it fell on the floor. The next thing I know, there’s a blur of ginger fuzz and it takes me a minute to figure out what was going on. These two dogs were flying towards me, so I legged it.

“I tripped because I was running so fast, and the dogs and two of those guards with the stupid hats caught up to me. I was fuming and started going off my nut at the blokes – I mean they had ruined my Insta story after all, and views equal money these days. One of the guards said, ‘Do you know whose dogs these are’ and I was like ‘Mate, do you know who I am? I’ve got 500,000 followers.’

“When he said they were the royal dogs, I was quite surprised. Who sets dogs on people in this day and age? I mean I know she’s the Queen and everything, but who does she think she is? Mr Burns?”