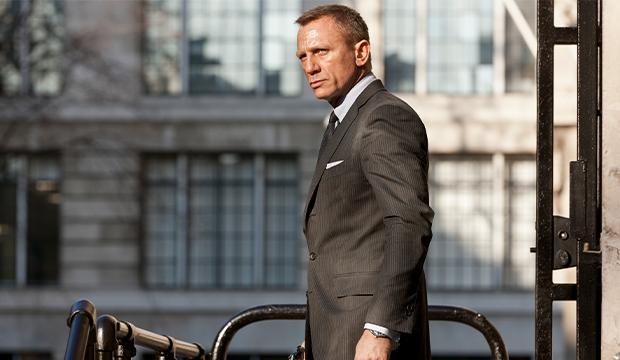 Producers of the new Bond film due out this Autumn have made the difficult decision to rename the fifth instalment of Daniel Craig’s incarnation as the titular character from ‘No Time To Die’ to ‘No Time to DIY’.

This comes after the franchise gained prestitgious sponsorship from DIY giant B&Q.

The Bond films have always been known for their very obvious product placement and this latest movie will be no exception.

Producer Barbara Brocolli said: “In recent years we have had watch companies and car manufacturers compete with each other to become the film’s main sponsor and we always make sure that they get a good lot of screentime to help promote their products.

“This latest instalment will be no exception as on top of the title change there will be several scenes that we have inserted to make sure that Bond is seen trying and failing to do DIY until he gets help from a B&Q shop assistant in a sort of twist of the buddy cop formula.

“In one scene we get Q to try and explain the best way for Bond to fit a plinth, cornice and pelmet but our useless hero can’t do it until he gets help from the B&Q shop assistant who also helps him to unblock a toilet and hang a picture on a plaster wall.

“We believe it humanises the character as we all know Bond to be highly skilled at international espionage and assassination but we’ve never covered the side of his personality where he does not know how to bleed a radiator until now.”

The film will take in many glamorous locations from Matera in Puglia, Italy, Port Antonio in Jamaica, the Faroe Islands and the Swindon branch of B&Q.

Mrs Brocolli added: “This will be the 25th official instalment of James Bond and it will also be Daniel Craig’s last film in the role so we really wanted to do something special.

“We had tried to get sponsorship from ‘Just For Men’ as Daniel is noticeably greying now but our proposed title change to ‘No Time To Dye’ did not go down well with focus groups.”