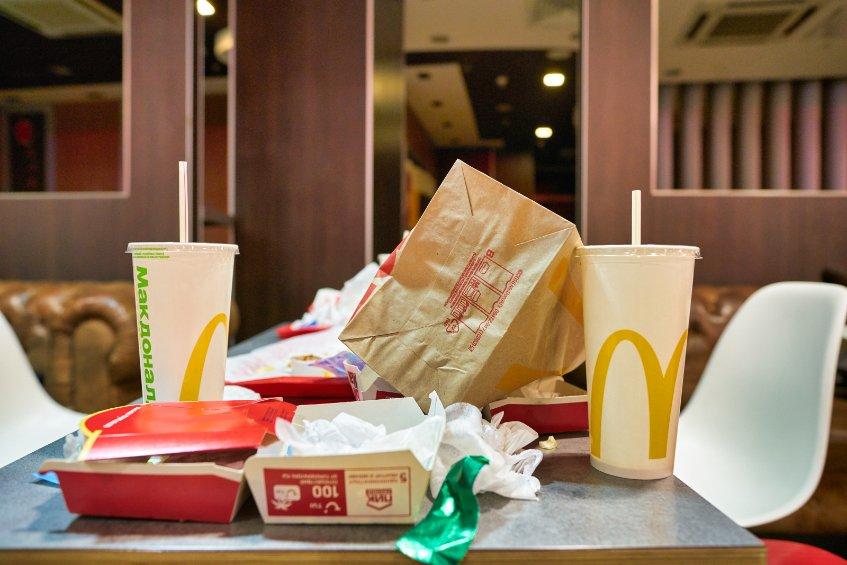 A man who was overheard refusing to clear his McDonald’s tray ‘coz that’s their job’ has been revealed to be a massive bellend in all other aspects of his life too, an investigation has revealed.

The incident occurred at McDonald’s in Basingstoke after Matty Smalldick, 36, of Wokingham, had just taken his three kids and his current pregnant girlfriend for a slap-up meal but then refused to clear his tray which would have taken seconds, but decided to let someone else do it ‘coz that’s their job’.

The clearing of his table actually fell to another customer who needed to sit down in the busy restaurant because the McDonald’s employee was currently clearing up a spillage on the other side of the restaurant.

Mr Smalldick, who works for an electrical engineering firm, was last seen driving away in his white van but not before he threw a dirty nappy out his window narrowly missing another family who were walking across the car park.

An investigation carried out by The News Elephant revealed that Mr Smalldick is a twat in every other aspect of his life as well.

The investigation found that:

- Mr Smalldick also never puts his trolley back when going to a supermarket.

- Mr Smalldick regularly goes to a lapdancing club and always cheats on whoever his current partner is.

- Mr Smalldick thinks he has a good sense of humour but he doesn’t and just relies on racist and homophobic jokes to hide this fact.

- Mr Smalldick has never given to a charity or thought for one second about someone else other than himself.

- Mr Smalldick is a big fan of Mrs Brown’s Boys.

- Mr Smalldick is not very good at his job and is actually very lazy.

- Mr Smalldick was once embarrassed by a woman when he was younger as she didn’t fancy him and he has now vowed to get his own back on all womankind by regularly sending them unsolicited dick pics.

- Mr Smalldick once kicked a puppy.

- Mr Smalldick actually has feelings for Gary who he works with but hides it with blatant homophobia.

- Mr Smalldick is a member of the Conservative Party.

According to one bit of shock information found out by the investigation, Mr Smalldick has quite a good sized willy.

Your toddler's drawing of a horse is shit, thinks everybody