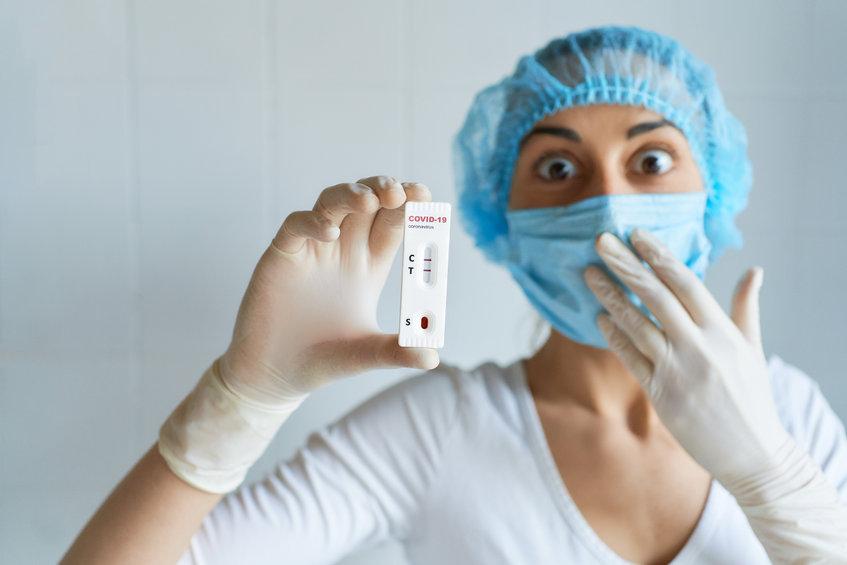 A privately-run lab in Wolverhampton was unable to answer a straight yes/no question today after it was found that it had wrongly given a negative covid result to at least 43,000 people in the South West.

The Immensa Health Clinic Ltd has now had its operations suspended by the UK Health Security Agency whilst an investigation has been launched to find out how this might have happened.

Dr Mal Practice, who heads up the lab, said: “This has come as a shock ot us all or maybe it hasn’t. I don’t know. We might have to do some testing to find out if we are shocked or not but that’s never conclusive around here anyway so what’s the point.

“We now have investigators asking us lots of questions including one that completely flumoxxed me as to whether I’m in charge of the lab or not. At first I answered ‘no’ but then I immediately backtracked to say ‘yes’.

“I mean some of the questions they asked were really difficult including one that asked if we were a covid testing lab to which I first of all answered ‘no’ but only to be told that we are actually are a covid testing lab so I had to change my answer to ‘yes’. I must admit I always wondered what we were doing here. I thought it was something to do with cosmetics.

“It all reminds me of when I nearly got married a few years ago. I remember standing at the altar with my fiance looking resplendent all in white next to me and I was asked a really difficult question then on whether I take this woman to be my lawful wedded wife. At first I said ‘I do’ but then I said ‘I don’t’ as I thought I might have got the answer wrong and then I said ‘I do’ and then ‘I don’t’ again. This went on for ten minutes until my fiance stormed off.

“As you can probably tell, I’ve never been very good at quiz nights either.”

According to NHS test and trace, the investigation was launched into the private lab after lots of reports of people in the South West receiving negative PCR test results after they had previously tested positive on a lateral flow device.

Dr Practice added: “I don’t know what the big deal is. It’s not as if it’s a matter of life and death. Or is it? I don’t know.”