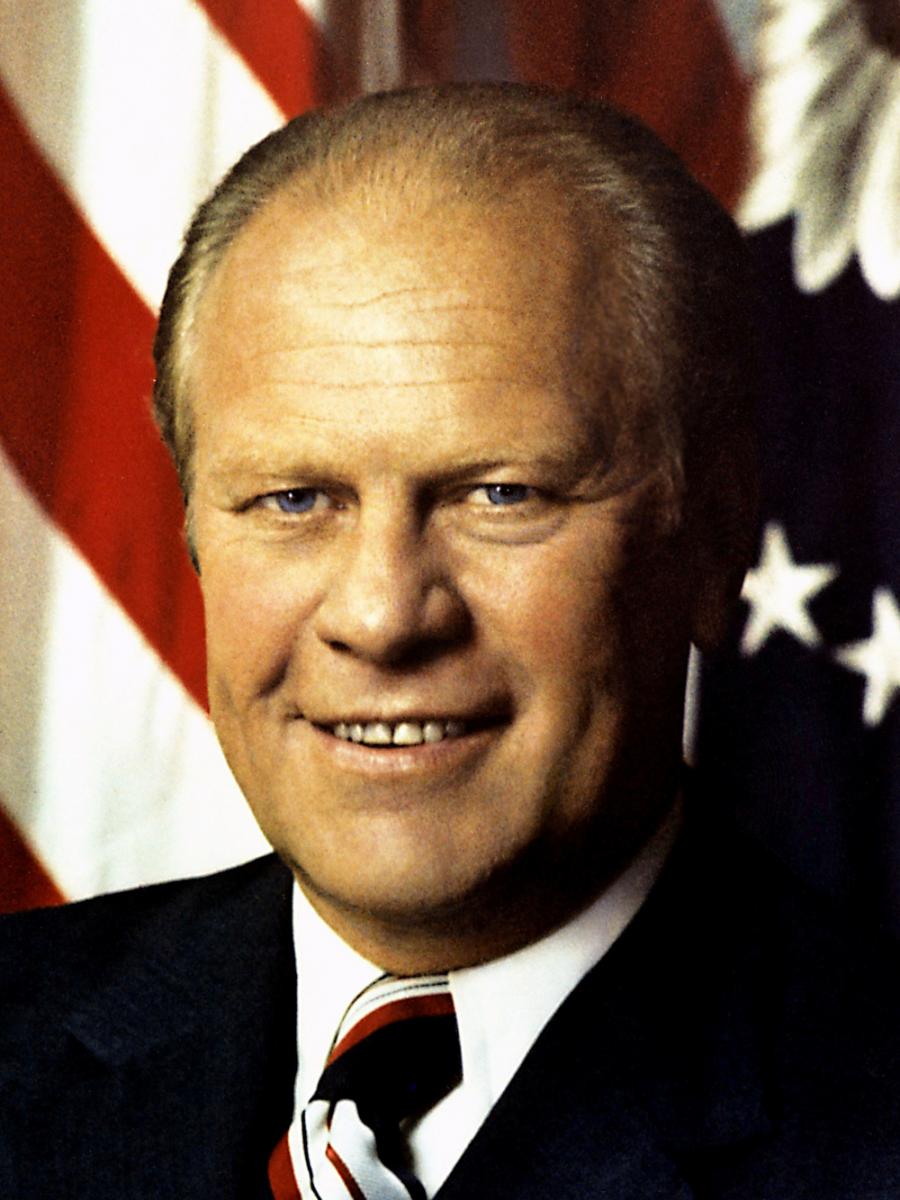 The burial site of Ford, who was President from 1974 until early 1977, is in the grounds of the museum.

The caretaker claims to have seen President Trump standing at the grave with a group of sinister black-robed figures who were burning incense, pouring blood from a KFC bucket and chanting: “President Ford, we bid thee return forthwith from the Great Beyond and do our bidding.”

By the time the caretaker managed to summon assistance, he said, the strange party had fled aboard a blacked-out helicopter.

Why Trump would wish to revive Ford was initially a mystery.

Famously described by one opponent as being so inept that he was incapable of farting and chewing gum at the same time, Ford is largely remembered as having been Vice President to the odious and massively corrupt Richard M Nixon.

When Nixon resigned amid the fallout from the Watergate scandal, Ford took his place and immediately pardoned Nixon for any criminal acts he might have committed while in office.

He was often referred to by critics as nothing more than Nixon’s Get Out of Jail Free Card.

In other news relating to President Trump, Vice President Mike Pence hasn’t been seen in a while.

"Oh no! It's another lockdown. What a shame," says Amazon

Trump defies laws of physics and declares victory for himself Yestermorrow