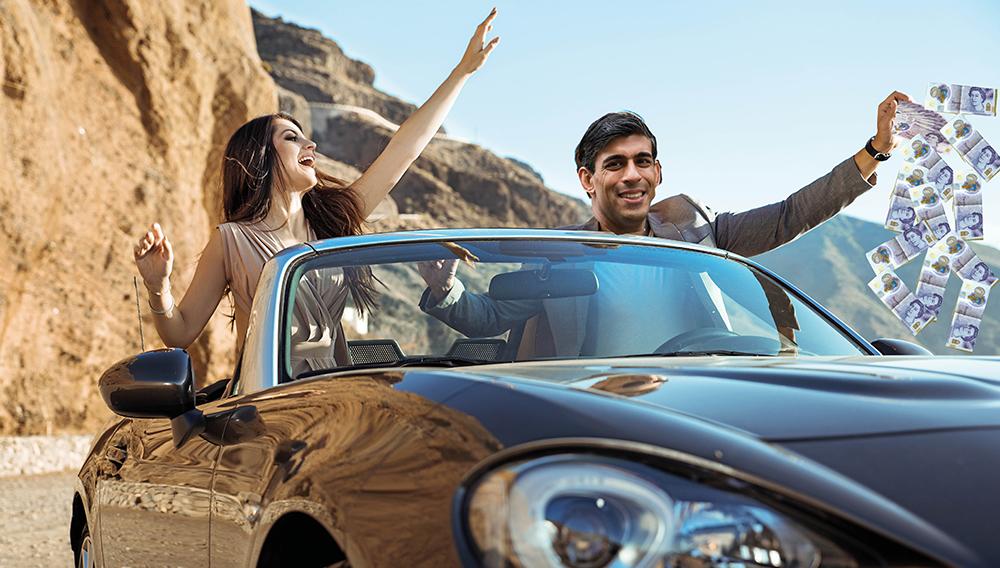 Chancellor of the Exchequer and international heartthrob Rishi Sunak will address parliament today with a stern, Telegraph-appeasing speech about the importance of fiscal responsibility, shortly before announcing the most generous and expensive budget ever seen in the history of time since his last one, the News Elephant can exclusively reveal.

During his speech, the social media sensation and likely future Palm D’Or winner will also be seen responsibly enjoying a small, judiciously dry cake made of straw, while at the same time also stuffing his gob with massive slices of a lavishly decorated, multi-tiered red velvet gateau from a pretentious artisan cake shop with a name like ‘Petit Décadence of Belgravia” or something.

With a face as straight as he can muster, and to the thumping sound of a hundred Tory backbenchers swooning to the floor behind him, Mr Sunak will then go on to say how this seemingly impossible feat of economic Schrödingerism could only be achieved by a Tory government, because everyone knows it’s Labour who are the ones who are utterly reckless with the finances.

Mr Sunak will then conclude his budget by reassuring all those who want to hear it that he’s deadly serious about balancing the books and will shortly be resuming George Osborne’s never-ending quest for the legendary Surplus Unicorn which will once again be fuelled by the blood of the spare-bedroom-owning poor, before hopping into a convertible Rolls Royce, Royal-Wedding-style, and embarking on a 6-month tour around Britain chucking out haybales-worth of rolled up banknotes to anyone he passes from a large sack labelled ‘$WAG’.

"123,000 dead but here's some money!" says Rishi as he slowly hypnotises nation with his devilish good looks