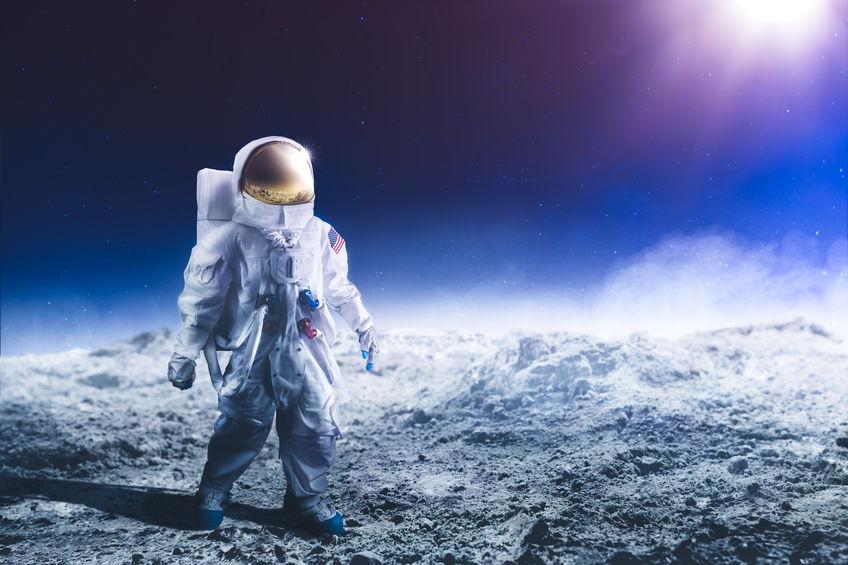 Fans of overpriced Staycations and alternative spellings were overjoyed last night to learn that Center Parcs, a sort of posh Butlins with zipwires, plans to open its first site on the Moon thanks to the newly discovered water on the surface.

NASA formally confirmed it had discovered water on the moon yesterday after some boffins fired some science lasers at it for a while and eventually detected the unmistakable presence of H20. “Basically we got lucky and saw a shopping trolley pointing out of what turned out to be some sort of moon lake,” explained one scientist, who may or may not have worked for NASA.

Following the announcement, Center Parcs immediately filed a planning application for a new resort on the moon with Donald Trump, who, thanks to the Artemis Accords signed earlier this year, has declared himself owner of it. Should they secure a second term, his administration plans to spend billions on mining operations based on Trump’s random hunch that there are bigly underground reservoirs of valuable covfefe deposits hidden just beneath the lunar surface.

In a quickly cobbled together press release, Center Parcs Deputy Brand Dream Ambassador and Senior Out-Of-Box-Thinking Executive Kerry Krumples said: “The discovery of water on the moon offers us a real chance to expand our brand into exciting new areas. And market research indicates that both water - and the oxygen contained therein - are popular with our customers, with both products ranking as ‘desirable’, or ‘very desirable’ in most of our focus groups.

“We have to prove we’re peaceful according to the Artemis Accords, which will be fine, so long as Butlins doesn’t try to muscle in on our territory, else it’s every redcoat for themselves quite frankly. We won’t have our brand sullied by the working classes.”

Initial brochures revealed a little of what visitors can expect from the new Center Parcs: Astro Experience. According to the brochure:

“Every morning you will wake up feeling fully refreshed after a blissfully quiet night’s sleep, thanks to our patented lack of atmosphere. Those on the ‘Neil Armstrong’ Luxury Lodge package will be less than a 90 minute spacewalk away from the main, airtight visitor-centre, where you can go each morning to enjoy some of our fully breathable oxygen (not available elsewhere in the resort).

“And, for just an additional £95-a-day rental fee, why not hire an ice pick, so you can chisel off some of that newly discovered ice over on the dark side of the moon? The water reserves are a 3-day trek on foot, or if you prefer, you can treat yourself to a ride on the ‘Buzz Aldrin Express’ moon buggy experience, and get there in just a day and half (lunch not included). You can then melt down your ice scrapings at your leisure back in your cosy moon shack (camping stoves available for £59 from our shop. Note: requires oxygen to function) and share some delicious, probably-potable drinking water with your family as you watch a thousand screaming tourists pose for the same selfie at the original Apollo 11 landing site (£185 per photo + additional printing costs). Moonalicious!

“And don’t think we’ve forgotten Nan! Comfy chairs are now also available at just £40 a day (£75 for a 2-seater family sofa) and can be placed inside your cabin prior to arrival. Or, for just an extra £18 per day charge, why not treat yourself to also having them bolted down, so nan doesn’t float around bashing her head all day whilst you and the kids are off taking a piss in the Sea of Tranquillity? That’s Space Ace!”