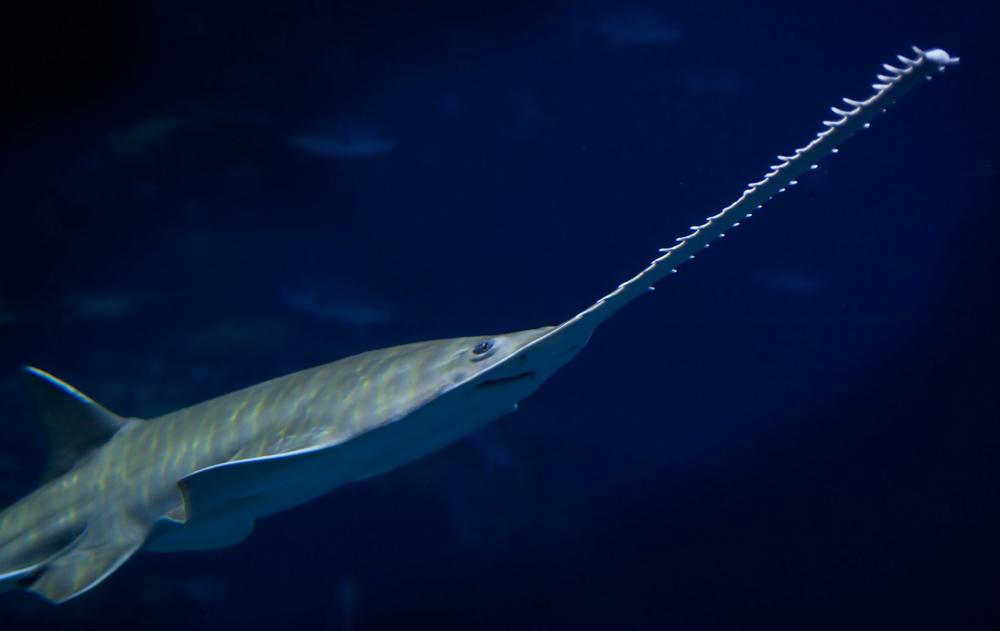 DIY store giant B&Q has announced a plan to save one of the world’s most endangered species of fish.

Scientists have voiced concerns that the sawfish, named for its characteristic toothed sensory snout, is becoming increasingly rare because it is overfished as a delicacy and also often becomes entangled in nets intended for other species.

The B&Q plan involves humanely capturing wild specimens, keeping some for captive breeding and marketing the rest to customers as an organic alternative to conventional saws.

A spokesperson said: “Many of our customers prefer to own tools sourced organically rather than through environmentally-damaging manufacturing processes, and a decently-sized sawfish would be ideal for anything from hedge-trimming to modest carpentry projects - provided, obviously, that it was dipped in some water every ten minutes or so.

“We’ve calculated that we can sell them for a reasonable price, complete with a mass-produced tank and some feeding instructions, to anybody with a standard toolshed, and we’ll use the profits to fund our breeding programme and make sawfish a renewable resource.”

Asked whether using a living aquatic creature to trim hedges and cut lumber was cruel, the spokesperson said: “Not at all. The beauty of it is that nobody but the most ardent DIY-er actually uses their new hedge-trimmers or saws, do they?

“They just leave them in their packaging for years and use their old one because it’d be a shame to get their new one dirty - and too much of a faff to get the new one out and put it away afterwards.

“Our research suggests that every sawfish we sell will live the rest of its life in peace and comfort with barely any human interference.”

B&Q is also considering introducing other rescued endangered sea creatures into its range, although responses so far have been mixed.

The International Union of Hammerhead Sharks said in a statement: “They can sod right off.”