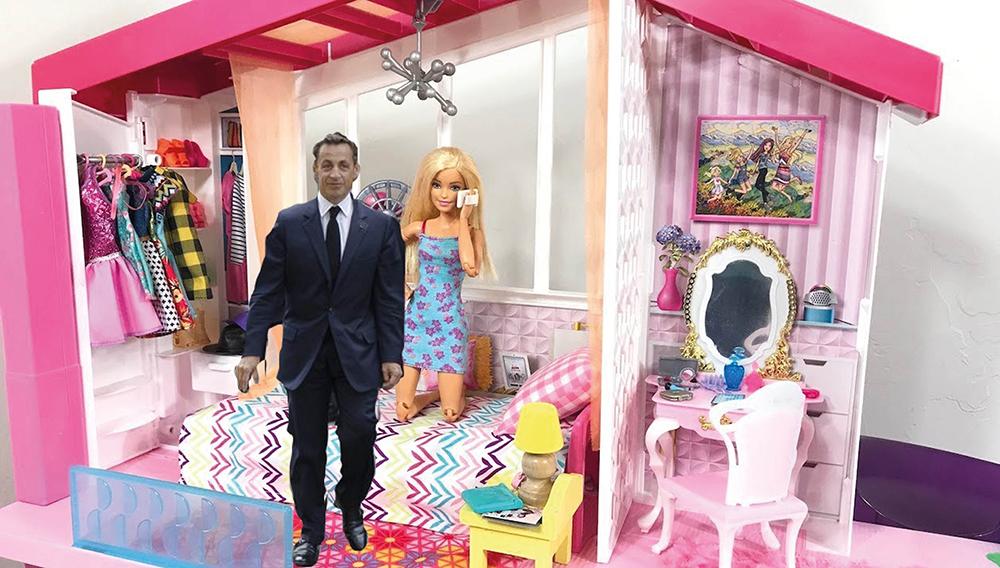 Emergency  modifications to a Barbie Dreamhouse are being carried out by a specialist security team in Paris.

The squad of experts was assembled on the orders of President Emanuel Macron after former President Nicolas Sarkozy was sentenced to three years in jail - two of them suspended - for corruption. He has announced that he will appeal.

It was quickly realised that the famously diminutive former head of state would easily be able to escape from all conventional forms of custody unnoticed, so special accommodation would have to be created.

Of several early plans, the most promising had to be abandoned as it would not have afforded Mr Sarkozy sufficient privacy and would also have rendered a budgerigar homeless, but then one senior official remembered that her daughter was now too old to play with her Barbie Dreamhouse.

The official said: “Obviously, the Barbie Dreamhouse in its standard form is a bit too open plan for our needs, so we are having to add some extra little plastic walls. Should M Sarkozy have to be confined there, it will be stored in the corner of my spare room, and I’ll take the precaution of removing the pink car from the little garage just in case. The room’s upstairs but you can’t be too careful.”

The Dreamhouse is being combed for accessories which might help M Sarkozy make his escape, such as an arm of the little sunglasses in the Barbie Ultimate Closet set which could be used as a lockpick. The same goes for the little saw and file in the Barbie Builder Playset.

The security team is also considering removing the telescope which came with the Barbie Astrophysicist Playset in case Mr Sarkozy uses it to investigate potential escape routes not covered by security cameras.

The official added: “As an extra precaution, the room will be patrolled by my daughter’s hamster, Pierre.”

Barbie said sharing her home with the small but nevertheless highly charismatic, charming and handsome former President would be inconvenient, but that she felt a strong sense of duty toward France.

Ken was unavailable for comment as he was sulking.