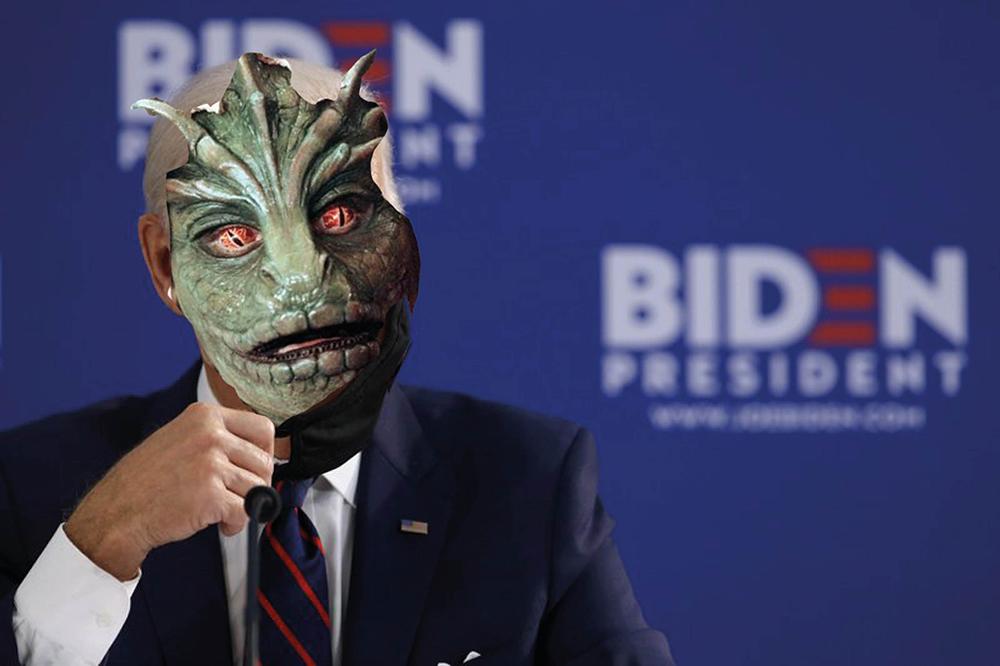 People were shocked around the world today after Joe Biden’s human mask accidentally slipped during the inauguration revealing him to be one of the secret lizard people who rule the world.

The 46th President of the United States had to quickly fix his mask although the slip-up was beamed live all around the globe.

Conspiracy theorists could be heard saying ‘I told you so’ as they had been reporting for years that the world was secretly ruled by a shadowy cabal of lizard people with their views met with constant derision from the rest of society.

Just after the mask slip during his inaugural address Joe Biden said: “Ah shucks. You weren’t meant to see that. Let me just fix my mask. You didn’t see that right?

“I’ll pretend that you didn’t. So, uhum, what was I saying? Ah yes, I was telling you about the massive plans for the vaccination rollout that me and my fellow lizard person Bill Gates have put together. Did I just say lizard person? No, I meant to say, my fellow American Bill Gates. This mask slipping has really thrown me. Give me a second to compose myself. We can edit that bit out right?

“Right, where was I again?”

Conspiracy theorist Noel Dumptruck spoke to CNN after the address about his conspiracies being vindicated.

He said: “It’s such a relief that I was right all along. I don’t know what it means. I mean the fact that Joe Biden is really a lizard person isn’t really that big a deal. Nobody’s perfect right?

“Whatever he does, he’ll be better than the last guy.”